As part of the cooperation of the State Tretyakov Gallery with SNS GC, which has been going on for more than 11 years, the restoration of the famous painting by Vasily Vereshchagin " Timur`s (Tamerlan`s) Doors " (1872) has been completed. 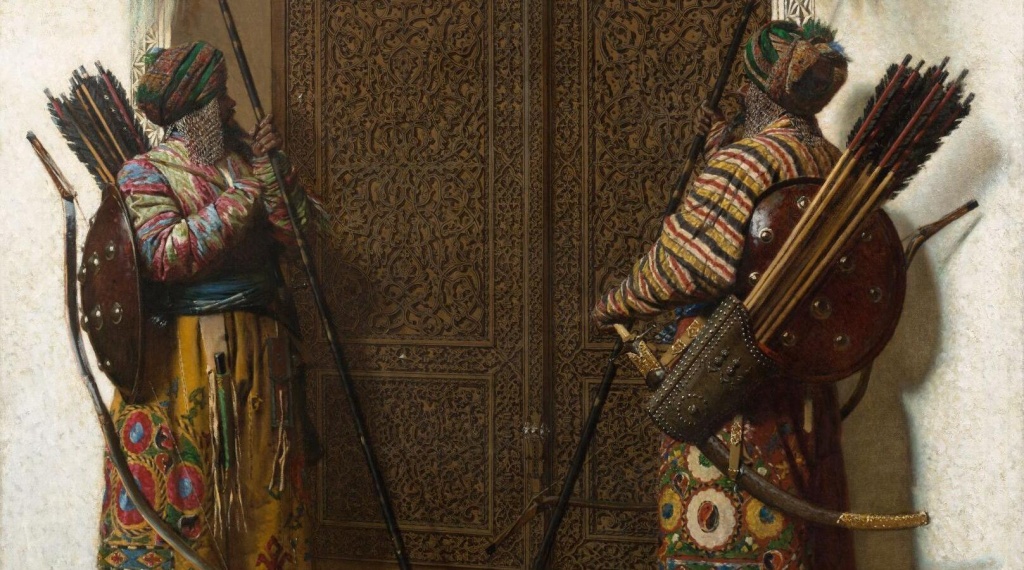 The restoration works are timed to the 180th anniversary of the birth of Vasily Vasilyevich Vereshchagin (1842-1904), an outstanding painter, a reformer of the battle genre, representing a special type of artist in the history of Russian art - traveler, discoverer, innovator.

The painting "Timur`s (Tamerlane`s) Doors" is one of the central works of the artist's large-scale Turkestan series. It was presented to the public in 1873 at the painter's first solo exhibition in London, and a year later — in St. Petersburg and Moscow. After the exhibition of the Turkestan series, not only the whole Europe, but also Russia started talking about Vereshchagin. The interest in the cycle was great. However, regarding questions about the acquisition of works from this series, the artist set a strict condition — the indivisibility of the cycle when selling. This condition could be fulfilled only by the founder of the Gallery Pavel Mikhailovich Tretyakov. With the financial support of his brother Sergei Mikhailovich Tretyakov in 1874, he purchased the entire Turkestan series for 92 thousand rubles in silver. Pavel Mikhailovich built a separate hall in his gallery especially for the works of this series.

The painting "Timur`s (Tamerlan`s) Doors" depicts armed guards guarding the entrance to Tamerlane's state rooms. They are standing in front of the door of the palace of Bukhara emirs Kuk-Tosh (formerly served Tamerlane). The tightly closed doors, covered with intricate ornamental carvings, symbolize the collective image of the East, closed from foreigners.

Restoration of the painting "Timur`s (Tamerlan`s) Doors" was carried out from April 1 to October 10, 2022 by specialists of the Tretyakov Gallery under the guidance of a restorer of the highest category A.I. Golubeyko, head of the department of restoration of oil paintings of the XVIII – early XX century. The dirt and yellowing of the varnish that arose during the existence of the canvas greatly distorted the author's idea, changing the tonal balance of the coloristic solution of the painting. The greatest difficulty was the removal of the surface contamination and the thinning of the highly yellowed lacquer coating.

Before the restoration, the specialists of the Department of Complex Research of the Tretyakov Gallery conducted physico-chemical studies of the painting, including panoramic radiography, analysis of artistic materials of the canvas and its photography in ultraviolet and infrared rays.

To work out a minimally invasive technique, restorers, as is customary, performed preliminary tests and samples in order to select materials that best meet the state of preservation of the painting. Based on the results of the samples, it was decided to use the selected solvent compositions in the form of a gel to minimize their penetration into the structure of the author's painting. Such thorough preparation gave the restorers the opportunity to work consistently, layer by layer, controlling the process of surface cleaning as much as possible. Additionally, restoration operations were accompanied by constant monitoring in ultraviolet rays.

After removing dirt on the surface of the painting, dark areas of the inscriptions lying on the surface of the author's painting were revealed. These later entries have also been deleted. As a result of the work on removing pollution and thinning the layer of yellowed varnish, it was possible to restore the nuances of light-and-shade ratios in the painting, the work finally acquired an expositional appearance. At the end of the restoration work, the larger work was stretched on a special flatbed stretcher (планшетный подрамник) that protects the canvas from vibration.

Currently, the painting has returned to its historical place in the Vasily Vereshchagin Hall No. 27 in the permanent exhibition of the Tretyakov Gallery in Lavrushinsky Lane.