On June 27-28 and July 4-5 the long-awaited PUBG Continental Series Europe* #1 tournament took place, where players of the strongest teams in Europe competed for the title of the best and the total prize fund of 200 000$.

Incredible fights, as the organizer of the tournament called them, "the biggest and most evil" teams revealed the winners!

The TORNADO ENERGY team took II place and won 30 000$ in prize money, as well as received a well-deserved invitation to the PUBG Continental Series Europe* #2 tournament!

Congratulations to the TORNADO ENERGY team!

*PUBG Continental Series Europe is an open online qualification tournament where the best teams compete for the title of the strongest in Europe. 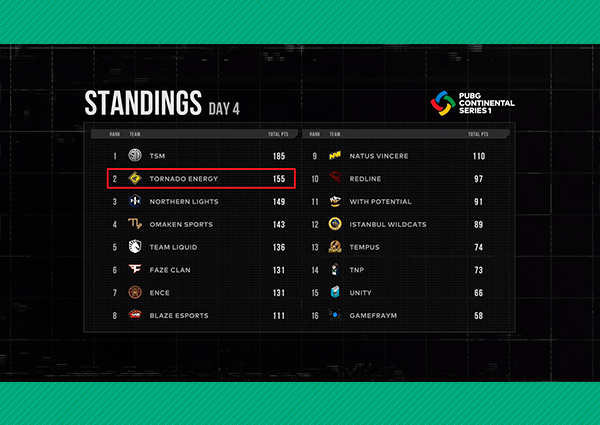