TORNADO ENERGY brand continues joint projects with the most anticipated rental novelties. 2019 has already been marked by a strong partnership with the film Men in black: international.

And now it`s time for not less large-scale joint promo with one of the most iconic and expected film premiere of the year from SONY Pictures- Zombieland 2: Double tap, within which:


The mechanics of the contest:

Sure, the film and joint company Zombieland 2: Double tap & TORNADO ENERGY is awaiting a great success.

About the film:
The ruthless and fearless foursome zombie hunters continue their journey deep into the country. This time they have to fight not only with new species of the living dead, but also to engage in combat with other survivors which are not friendly. In addition, in their own ranks of hunters is planned serious discord.
In cinemas from October 24.

Join TORNADO ENERGY group at VK and get the opportunity to become the owner of cool prizes! 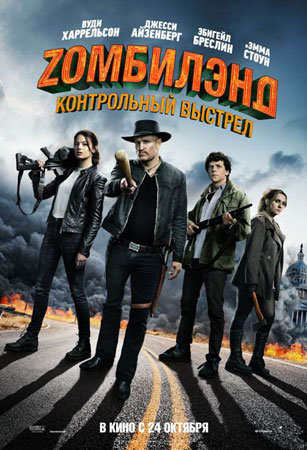