Combating illegal tobacco according to WHO standards

For the first time, Russia announced its intention to join the WHO International protocol on the elimination of illicit trade in tobacco products in 2014. This was announced at that time by the Minister of Health of the Russian Federation Veronika Skvortsova. Then the agency prepared a bill implementing the provisions of an international document adopted by the countries back in 2012. As one of the main measures, the parties committed to establish a global supply chain tracking system to reduce and eventually eliminate the illicit trade in tobacco products.

"The Government of the Russian Federation consistently takes all necessary steps to implement the provisions of the WHO Framework Convention on Tobacco Control (hereinafter FCTC) in order to protect current and future generations from the devastating consequences for human health, as well as the social, environmental and economic consequences of tobacco consumption and exposure to tobacco smoke," says the explanatory note to the document.

It notes that Russia joined the convention back in 2008. According to the document, the WHO protocol complies with domestic legislation. But the Ministry of Health noted that it would still have to amend the Code of Administrative Offences — now the code does not fully reflect the provisions on liability in the sphere of turnover of equipment intended for the production of tobacco products.

Smoke of tolerance: why children got hooked on vapes and electric cigarettes

In addition, it is necessary to amend the law "On the protection of citizens' health from the effects of ambient tobacco smoke ...", the ministry believes. The document should specify the financial responsibility in the sphere of turnover of equipment intended for the production of tobacco products, the ministry said.

"The adoption of the law corresponds to the objectives of the presidential decree "On national goals and strategic objectives of the development of the Russian Federation for the period up to 2024", as well as the national project "Demography" and will help to achieve the set conditions for reducing mortality, including from diseases of the circulatory system, neoplasms (including malignant), tuberculosis", — clarified about in the document.

— The decision to join the protocol on the elimination of illegal trade in tobacco products will be taken by the State Duma after the introduction of the relevant draft federal law by the government of the Russian Federation, — explained to Izvestiya in the press service of the Ministry of Health.

According to the Ministry, the WHO protocol contains a system of measures to minimize the illegal trade in tobacco products.

— A significant part of such measures has already been taken in Russia. In particular, a system of marking tobacco products has been introduced in recent years. At the same time, joining the protocol will make it possible to combat illegal trade in coordination with all WHO member countries that have joined the protocol, which will certainly enhance the effectiveness of tracking the movement of tobacco products, since a significant part of illegal products are imported into the Russian Federation in the form of contraband from other countries," the press service of the ministry said.

Last puff: what are the dangers of illegal cigarettes

They noted that the package of documents on accession to the protocol is subject to agreement with the interested departments, according to whose comments it was being finalized.

— The draft resolution has been submitted to the Ministry of Finance for consideration. The Ministry conceptually supports the proposal," the press service of the ministry said.

The question of efficiency

The State Duma considers joining the protocol to be the right step, but ineffective at the present time.

— Thus we tell the world that we are against the illegal trade in tobacco products. But in general, any WHO protocol, in my opinion, does not oblige to anything, especially in connection with the current situation in the world," Candidate of Medical Sciences, deputy chairman of the State Duma Health Protection Committee Sergey Leonov told Izvestiya.

Maxim Kurgansky, Director for the protection of legal turnover of CDAT products, partially agrees with this position. According to him, Russia already applies most of the protocol measures, including marking of tobacco products.

— And many other requirements that are spelled out in the protocol are already working. Therefore, this document will only consolidate the mechanisms that are already being used to combat illegal tobacco products. The protocol itself will only confirm that Russia has joined this fight too," the expert stressed.

Director of Corporate Relations and Communications, Japan Tobacco International (JTI) Sergey Glushkov told Izvestiya that he expects Russia to join the WHO protocol. According to him, this will speed up the adoption of the draft law developed by the Ministry of Finance "On state regulation of the production and turnover of tobacco products, nicotine-containing products and raw materials for their production" as a critical measure to counter illegal tobacco trade in Russia, the expert concluded. 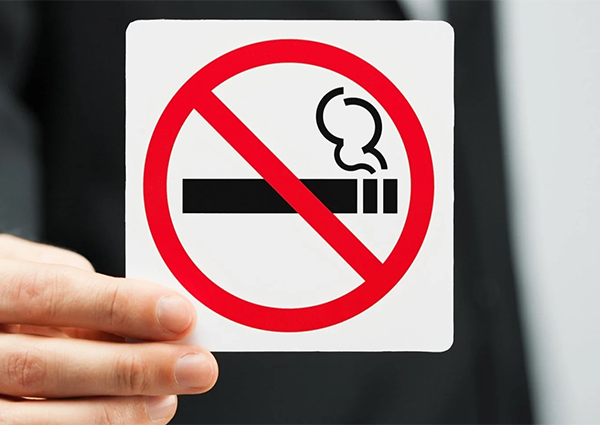