Under the colors of the TORNADO ENERGY brand stands one of the strongest eSports teams in the World of Tanks game- the TORNADO eSports Team.  In the eSports season, it not only reached the finals, but destroyed the two-time world champions Natus Vincere with a devastating 3:7 score – an unimaginable score in a contest like this and fully in line with the team’s motto - Don't just win - do damage!

In May the TORNADO eSports Team is waiting for the Grand Final and the battle for the world championship title. 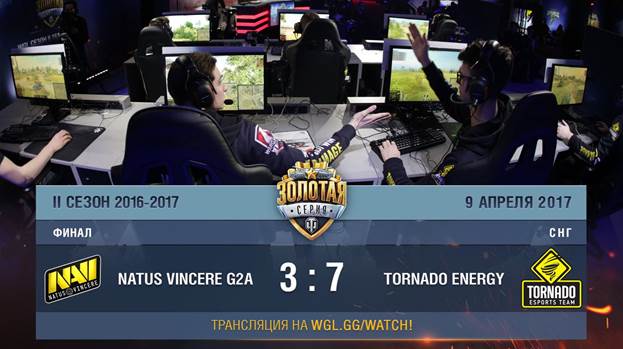