The sensation from TORNADO ENERGY - the new flavor BATTLE

The TORNADO ENERGY brand, together with the leader of the gaming industry, the world famous company Electronic Arts, introduced the new flavor BATTLE and launched a large-scale prize draw.

For the TORNADO ENERGY BATTLE event the drink was rebranded to feature EA’s most talked-about game - Battlefield 1, and a draw site was launched with prizes from a number of key partners: Microsoft, AMD, Kingston, LG, and many others.

The prize fund of the project totals more than 40,000,000 rubles.  The luckiest contestant will win the first prize: a gaming computer from Digital Razor, the prestigious Russian computer assembly workshop. 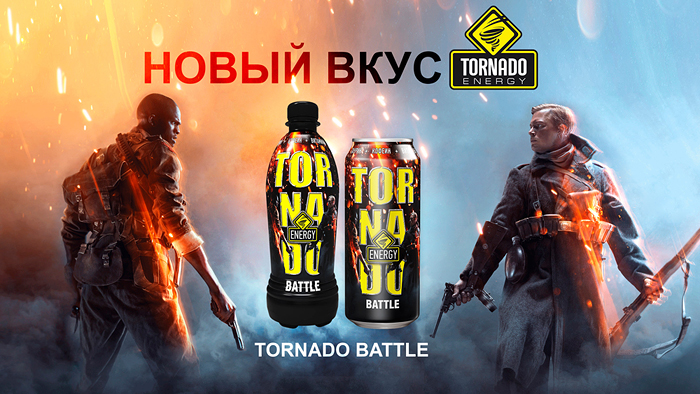