Throughout November 2020 the TORNADO ENERGY team competed for the ranking in the PUBG Continental Series 3 Europe tournament and entered the top five taking the fourth place!

The PUBG Continental Series 3 Europe tournament was held ambitiously and ended with an incredibly exciting final. The fight for victory lasted literally until the last second and brought the TORNADO ENERGY team $ 10 000 in prize money.

Following the results of the tournament, the gamers of the TORNADO ENERGY team analyze the past games in order to become even stronger and take the first place next time! 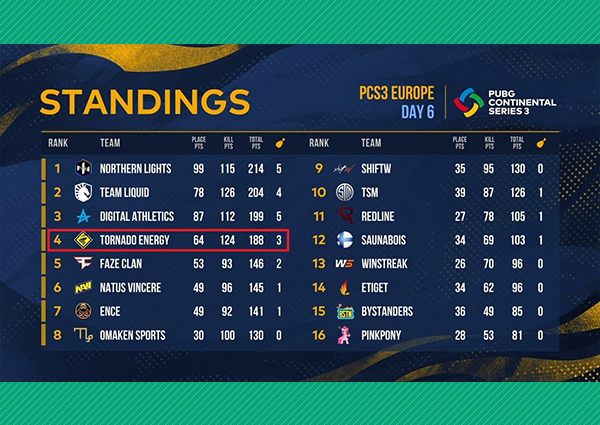