Following one of the brightest partner projects with film companies - the participation of TORNADO ENERGY in the launch of the film "Deadpool" back in 2016, in 2018 the brand supports the return of a hooligan in a red and black suit to the big screen! The release of the film ‘Deadpool 2’ is scheduled for May 17, and TORNADO ENERGY achieved a partnership agreement in Russia and CIS countries following a difficult battle with a competitor.

In support of the project, a large-scale advertising campaign is being implemented, within the framework of which 6,000,000 units of TORNADO ENERGY have been produced in the exclusive design of ‘Deadpool 2’, and a super competition has been launched, the winners of which will have a unique chance to visit the closed screening of the film and the subsequent party in the style of the main character.

More information on the contest: here 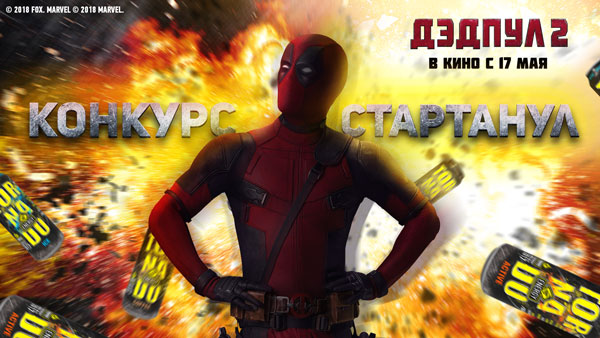